How to Break Into Government Jobs

Ever wondered what it’s like working with the U.N., traveling for official State Department business, or analyzing intelligence for a certain three-letter government agency? We cut through the red tape and sat down with these professionals, who have some of the coolest jobs in the government, about what it takes to land a gig for the U.S. of A.

Job Description: I manage foreign assistance programming and a variety of policy issues related to the criminal justice sector for several countries in Africa.

Why did you choose this field?

Ever since I’ve thought about how to make a difference in the world with my career, U.S. policy toward governance in Africa has been at the intersection of my interests and what I feel would make that difference. It’s not that I can’t see myself in other fields, but I think there’s a path-dependence about it. When you find a job you’re passionate about, if you’re lucky, having the opportunity to see the challenges and opportunities up close will reinforce that passion and provide you with the tools to get better at it. Also, surrounding yourself with others who share that passion and motivation day in and day out is a constant reminder that you’re on the right path, even on the more challenging days.

What did you want to do growing up and in college?

I’ve always had an international bent and have been interested in the role of institutions, but I only managed to channel those interests during my undergraduate days. Through friends, classes, campus involvement, and internships, I became passionate about international development in Africa. In particular, I was drawn to the role that improved governance (i.e., less corruption, more accountability, stronger democratic institutions) can play in improving livelihoods and opportunities. This led me to want to be involved in formulating and implementing U.S. policy towards improving governance in Africa. Somehow I got lucky and managed to find a job that allowed me to explore this passion.

What was your first job in this field, and how did you land it?

I got an unpaid internship in Morocco working for a nonprofit using U.S. funding to implement democracy programs in the field. There was no magic formula—I was lucky enough to have funding—and cold called the organization asking if they could offer me a desk in exchange for my free labor.

What has been the most surprising thing about working your field?

Bureaucracy is fascinating. While it’s fun, and easy, to talk about the shackles of bureaucracy in the government, working for the State Department has helped me appreciate that it exists for a reason. All organizations have a variety of interests and equities. To ensure they are taken into account, you set up structures that advocate and promote those interests. The challenge then becomes not “overcoming” bureaucracy, but trying to harness it as a tool to make sure you’ve done your due diligence, your bases are covered, you have buy-in, information is shared. Obviously that’s easier said than done, and sometimes it really doesn’t make any sense, but that doesn’t mean you can’t try to understand why it exists and use personal relationships to help make it work for you. 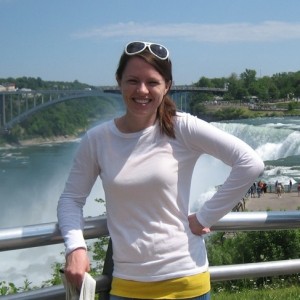 What did you want to do growing up?

Growing up, there wasn’t one thing that pulled me in one direction or the other. I loved school, and I loved studying, so I thought I could just keep going to school forever! Immediately following college, I enrolled in law school and I dropped out right before my finals in the spring after realizing I did not want to practice law. At that point, I had an “aha” moment and decided I wanted to be on the investigative side of law enforcement rather than the prosecution side, and so my career hunt officially began.

What has been the most surprising thing about working in the intelligence community?

Learning about the variety of work experiences that my co-workers came to the table with. My colleagues include former attorneys, accountants, academics, engineers, computer scientists, and more. I thought when I first started working there that everyone would have been career government workers, and while we have people like that as well, it seems there are a million paths one can take to end up here.

What is different about the hiring process in the government than in other sectors?

The application and hiring process is a bit more daunting. Since we have to undergo a thorough background check prior to the job offer, the process can take many months. Additionally, since the federal government dictates the budgets of the different agencies, some years there is very minimal hiring, and in other years there are big hiring pushes. It’s good just to keep tabs on the job postings to get a sense of what is going on (or read the news!).

What job search resources would you recommend?

All of our jobs are posted on USAJobs.gov. To get a better idea of what you’re looking for prior to searching USAJobs, I would recommend going to the website for the Office of the Director of National Intelligence (dni.gov) to learn more about the intelligence community partners and the types of careers you can pursue at each agency. 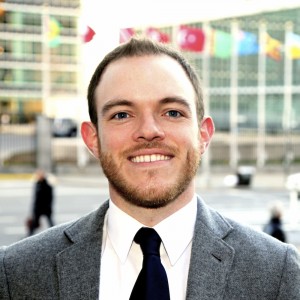 Why did you choose this field?

I began by finding a cause. I was a history major in college, and, though I didn’t think of myself as being particularly political—I was the sports editor of the student paper—I was distressed by what was happening in the world during those years after 9/11 and the Iraq War.

Along came Sen. Barack Obama, a presidential candidate who, more than any politician I’d seen, seemed to embody my belief system and communicate in my language. At the time, I was covering the 2007 Boston Red Sox as an associate beat writer for MLB.com, my first job out of college. As soon as the season was over, I started volunteering for the Obama presidential campaign and never looked back. The fact that what I was doing was purposeful and led quickly to a job and new skills and experiences was sort of icing on the cake; more than anything, I just wanted to be useful.

I think that’s a good starting mindset for any career in politics and government, because it can be hard to control where you end up and success does require a real emotional investment. It’s important to believe in the people you’re working for.

What was your first job in this field, and how did you land it?

After we won in November 2008—on Election Day, I was a regional “get out the vote director” in the northern part of South Florida—I moved to Washington, DC, like a lot of other Obama alums. A friend of mine from the campaign landed as an assistant in the Presidential Transition headquarters, and she invited me in to help her on an unpaid basis. I made copies and coffee (I also helped with her team’s Sharepoint site, learning a valuable lesson in taking on technical challenges that older, more experienced co-workers often shun), but I also made some contacts that would help down the line.

My real breakthrough came after sticking with it for another six months. As a longtime Obama campaign staffer, I’d earned a place on the administration’s list of “Schedule C appointees”—excepted service candidates who serve at the discretion of the President and are frequently pulled from the campaign ranks. (Translation: You’re out if you lose the next election.) To pay the bills, I got a job at an Asian fusion bar a few blocks from the Capitol. It was only in May, six months after the election, that I finally interviewed for a confidential assistant position in the Office of Management and Budget, which I eventually took. In the end, the experience was really humbling—but it also taught me the importance of staying both grounded and confident in your abilities.

What advice would you have for someone breaking into your field?

I think “breaking into” is a great way to describe how to get into government. Unlike a lot of other competitive fields, there are tons of points of entry, but it can be hard to locate them. The best thing you can do is go where the action is, whether DC or a campaign office somewhere, and offer your time. Emphasizing your sharpest tools—maybe you’re a good organizer or writer, or maybe you’re a creative thinker or persuasive speaker, or maybe you just work harder than anybody else—and keep carving away until you’ve created space in which you can truly prove yourself. It can take a lot of effort without being sure about the end result, but it can come more quickly than you may realize, and, in the end, it’s almost always worth it.

Occasionally, I’ll talk to young people who are interested in working at the United Nations. They want to become technical experts on nonproliferation or sanctions or, say, China or Latin America. But unless you’re complementing your strategy by getting an advanced degree or passing the Foreign Service Exam (and sometimes even if you are), I wouldn’t recommend going about the hunt with such a narrow focus. The government and policy worlds are messy places and you aren’t going to get in simply by sending your resume around and waiting. You’ve got to take some risks and show you believe in something. So I’m biased, but I think the very best way to do that is by joining a political campaign.

By The Muse Editor