5 Ways Engineers are Shaping the Future 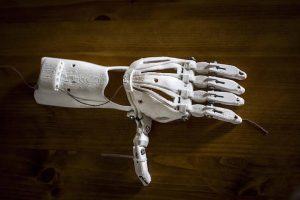 The future is just a stone’s throw away, but one thing is certain: Engineers play a major role in shaping the world of tomorrow. By building the essential infrastructure upon which society depends, they turn engineering knowledge into action, traversing the path from concept to practical creation. Technologies are changing at such a fast pace that we cannot say with certainty what our world will look like 10 or 20 or 30 years from now, but we do know that whatever new wonders appear, engineers will have played a major role in shaping the future. 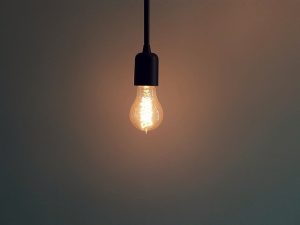 2016 witnessed researchers at MIT developing a tiny energy-harvester that is able to harness low-frequency vibrations – similar to those made by a bridge or pipeline and converting them to electricity for wireless sensors. Wireless sensors have a wide use, from monitoring factory machines and oil pipelines to keeping track of pollution. MIT’s device, a microelectromechanical system that converts low-frequency vibrations into electricity from sources of foot traffic and other low-power energy sources from the environment, means potentially removing the need for batteries completely.

After discovering early the potential of 3D printing, the engineering labour force moved quickly to make the new technology more approachable and attainable for the average user. Recently, the new technology has incited major breakthroughs that go beyond plastic wares, as 3D printers can now create everything from synthetic human organs and actual houses, to food and solar panels – all at a fraction of the previous costs.

Conventional ceramics were taken one step further with control of their architecture at the nanoscale as Caltech engineers have successfully demonstrated. The end results are ceramics that are as strong as conventional ceramics, but lighter and used in a wide range of applications. Through collaboration with HRL Laboratories they have been able to produce materials with larger, microscale trusses that are just as strong at a fraction of the weight.

The largest modern seawater desalination plant was constructed in Tel Aviv, Israel and it has the capacity to produce 20% of the water consumed by the country’s households. Built for the Israeli government by Israel Desalination Enterprises, or IDE Technologies, the new industrial facility uses a conventional desalination technology called reverse osmosis (RO). However, thanks to a series of engineering and materials advances, it is able to produce clean water from the sea cheaply and at a scale never before achieved.

More and more of the leading automotive companies (Ford, Toyota, Volvo) are debuting their conceptual autonomous models. But with Google and Tesla’s latest advances in the field – self-driving cars are closer than ever. In fact, American transportation is expected to be completely driverless within the next 20 years, according to mechanical engineers. New generation car-to-car or vehicle-to-vehicle communication is now being used to test-drive cars, as it lets vehicles broadcast their position, speed, steering-wheel position, brake status, and other data to other vehicles within a few hundred meters. This means low-end, entry-level autonomous vehicles will soon be capable of sensing their environment without human input and become more advanced in the following years, making a future with fully automated driverless cars possible by 2030.

Engineers are facing the challenges of a complex, increasingly connected world that has higher demands for innovation, utility, and comfort. This requires that the engineering profession renews itself continuously to be capable of cultivating professionals who lead, identify, and solve problems, and find and pursue the opportunities of tomorrow as they shape the future. Anyone can dream about the future, but engineers are the people who actually turn those dreams into reality by walking the distance from concept to practical creation to make the world better for all of humanity.