LGBTQ+ professionals are now just as likely as non-LGBTQ+ individuals to reach managerial levels at their jobs, be satisfied with their progression and aspire to senior leadership roles. By many basic measures, LGBTQ+ employees are living in a more inclusive world where it is easier for them to succeed professionally. However, a recent Accenture (No. 5 on the 2020 DiversityInc Top 50 Companies for Diversity list) study revealed that underneath the surface, many LGBTQ+ employees still privately struggle with fears of being their authentic selves on the job. These fears are getting in the way of their potential.

Accenture’s “Visible Growth, Invisible Fears” Pride 2020 study surveyed more than 28,000 employees in organizations across 28 companies to find out in what ways LGBTQ+ workers are succeeding — and feeling held back. Although 37% LGBTQ+ people in the Accenture survey had reached the manager level as opposed to 35% of non-LGBTQ+ people, only 40% of LGBTQ+ respondents said they felt comfortable revealing their gender identities and sexual orientations openly at work.

The Accenture report includes insights from a Human Rights Campaign study and an OutRight Action International report. The data indicates that the LGBTQ+ community is at an increased risk during COVID-19 due to job loss and non-affirming healthcare. The community may experience greater anxiety, fear of stigma and risk of family violence during the pandemic. 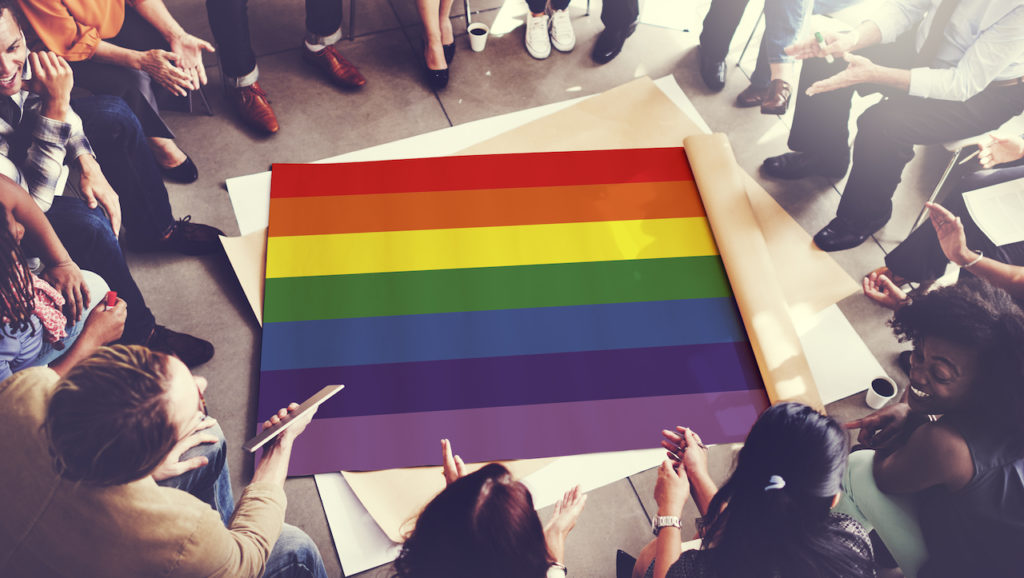 A previous Accenture study, “The Hidden Value of Culture Makers” discovered large perception gaps in how leaders believed they were leading, versus what was going on in employees’ day-to-day experiences. Accenture estimates that if these gaps narrowed by half, there would be a 33% increase in company profit.

“Culture Makers” are defined as a group of younger, more gender-balanced leaders in the business world. Accenture identified 6% of leaders as “Culture Makers,” and said these leaders are running organizations that are growing twice as fast as their counterparts — and, they report taking more actions to support LGBTQ+ communities. In fact, 34% of “Culture Makers” say they’ve personally campaigned for or spoken publicly about LGBTQ+ rights. Nineteen percent of all leaders have done the same.

When LGBTQ+ leaders are out, LGBTQ+ employees are more likely to feel set up for success. More than 70% of employees said seeing people like them in leadership positions is important to helping them thrive. The same percentage say that support from non-LGBTQ+ colleagues plays a large role in them enjoying being at work.

Accenture used the same 40 influencing advancement factors it identified in “The Hidden Value of Culture Makers” study to identify five issues for employers to address in order to create a workplace where LGBT+ employees in particular can thrive: