In celebration of Black History Month, we wanted to highlight some of Binghamton University’s Black alumni who are doing exceptional work! Binghamton’s alumni are here for you to connect and network with, always eager to offer career advice because, at one point in time, they were in your shoes. Here are some highly accomplished Black alumni who can help you gain insight on your career! 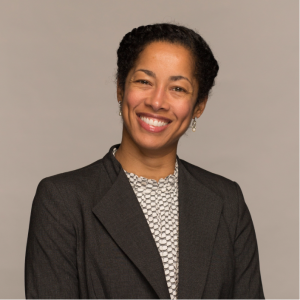 Cleonie Mainvielle graduated from Binghamton University in 1997 with a bachelor’s degree in Psychology. She is the Owner and Founder of Inspired Outcome, a productivity and organizing business for busy professionals and entrepreneurs, as well as the Founder and co-president of a nonprofit called Diversity & Inclusion for Community Empowerment (DICE). After receiving her master’s in Social Work from the University of Pennsylvania, Cleonie was nominated and appointed as a Presidential Management Fellow with the Federal Government. At the US Department of Housing and Urban Development (HUD), she worked with nonprofits and local governments to end and prevent homelessness throughout New England for 17 years, until she resigned in 2018 to become a full-time entrepreneur.

In 2019, Cleonie served as foreperson on a trial for an innocent man who had spent 32 years in prison after being wrongfully convicted of murder. This experience solidified her commitment to advocating for systemic solutions that promote diversity, inclusion, equity, anti-racism, empathy, and compassion in institutional systems. As a result, she returned to the Federal Government as an Independent contractor. Cleonie works to support local and national communities in improving housing outcomes and the human experience for Black, Brown, Indigenous, and all people of color. More specifically, she provides consultation to these communities to support their commitment to confronting structural racism and racial inequities in their homeless response systems.

“Liberate yourself from perfectionism and lean into failed attempts!” 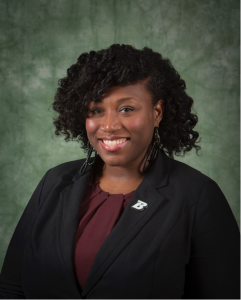 Taris T. Rodney is a Child Protective Attorney who litigates child neglect and abuse cases for the City of New York. As a student at Binghamton, Taris was a Resident Assistant in Dickinson for two years, the President of Thurgood Marshall Pre-Law Society, an Off Campus College Transport bus monitor, and Mountainview Dining Hall employee. After graduating from Binghamton, Taris received a Juris Doctor degree from Howard University School of Law.

In 2011, Taris created the Taris T. Rodney ‘08 scholarship award at Binghamton for an Educational Opportunity Program graduating senior who plans to attend law school. Taris stays in regular contact with the scholarship recipients, and also participates in the Binghamton Alumni Mentoring program.

Your network determines your net worth. Build friendships, relationships, and mentorships while at Binghamton. Those connections will last you a lifetime. 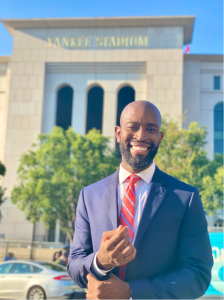 Eric C. Henry graduated from Binghamton University in 2005 with a double major in Philosophy, Politics, and Law and Africana Studies. He is currently working in the telecommunications sector at Altice USA/Optimum Online as the business lead for government affairs in New York City. At Altice, he ensures communication and coordination between the company and local, state, and federal elected officials and community organizations. Eric develops and executes the political, legislative, and regulatory strategies that support Optimum’s business, franchising, and political affairs objectives. Some of his priorities at Altice are helping proliferate programs that bridge the digital divide, increasing public private partnerships, and managing franchising obligations and opportunities with the City of New York. He is also on the leadership team for the Black Employee Affinity Network at Altice.

Eric has served in several leadership roles in New York City government. Before Altice, he served as General Counsel to the Mayor’s Office of City Legislative Affairs. Prior to that, he built the inaugural policy and legal division for the New York City Department of Veterans Services as General Counsel/Director of Intergovernmental Affairs. Eric has also worked for the New York Botanical Garden and the New York City Council. He currently sits on the board of the New York Botanical Garden, is the Chair of the Rules Committee for the Bronx Democratic Party, and was named a City & State Magazine 40 Under 40 Rising Star in 2021.

Especially during this crazy time, make the effort to be involved (even virtually!) in their campus activities such as the Student Association and cultural organizations. These organizations helped introduce me to new people, engage with others from different backgrounds, and discover a multitude of ways of looking at and solving problems. Ultimately, they might help point you in the direction of the career you were meant to be in, like they did for me. 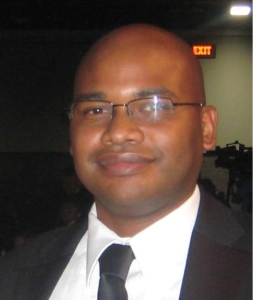 Eric Delaney, class of 2005, is the Senior Professional Staff and Director of Member Services for the U.S. House Committee on Rules, where he supports the Chairman in moving legislation to the Floor. Eric was an active member of the Binghamton community, participating in the Black Student Union (BSU) and Latin American Student Union (LASU), and playing as a scholarship athlete on the varsity soccer team.

Don’t be afraid to try new experiences or employment. Learning what you do and do not enjoy is valuable insight that will guide you through your lifetime. 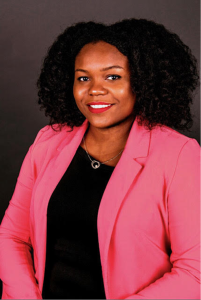 Isis (McIntosh Green) Williams, class of 2016, serves as the Deputy Co-Executive Director of the New York State Independent Redistricting Commission. She has extensive and diverse experiences in the legislative, administrative, and electoral processes with an overwhelming commitment to public service, social justice, civil rights, and equity.

Prior to this role, Isis served as Chief of Staff and Policy Director to a member of the New York State Assembly, having assumed that position at the age of 22. She is also the Founder and Principal of McIntosh Consulting Management, LLC.

Isis earned a MA in Political Science from SUNY Albany and a BS in Human Development from Binghamton University. Being a Brooklyn native, she is a proud alumna of Brooklyn Technical High School.

While at Binghamton University, Isis was an accomplished EOP Student, McNair Scholar, and JFEW/SUNY International Relations and Global Affairs Scholar. As a freshman, she was elected Student Association Vice President for Multicultural Affairs (VPMA) and served two elected terms. She also interned in  US Senator Charles E. Schumer’s Southern Tier office and worked as a Substitute Teacher in the Binghamton City School District.

Immerse yourself in everything Binghamton has to offer because these four years will go by faster than you can imagine, but it will catapult you into a very rich future. 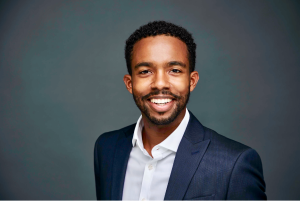 Jermel McClure graduated from Binghamton University in 2018 with a bachelor’s degree in Political Science. At Binghamton, Jermel was an active student leader and worked to cultivate a united, inclusive student body. He was the first Black President and CEO elected to lead the Student Association, and a member of the Pi Beta Chapter of Alpha Phi Alpha fraternity incorporated. Now, Jermel serves as President of the Binghamton University Alumni of Color Association, and is a student at Columbia University Law School. Prior to law school, Jermel worked in finance at J.P. Morgan, and was a founding team member of a real estate technology company. In his spare time, he enjoys traveling and unique dining experiences. His mantra is, “I’m not in control, I’m in command.”

The best way to maximize your undergraduate experience is to be intentional about developing relationships with people you might not interact with over the course of your everyday life. You should attend at least one student organization event a month that explores an interesting topic or culture that you are unfamiliar with. This will broaden your horizons and expand your network.