How Women of Color Get to Senior Management

This article was written by Cindy Pace, Ed.D., is a global talent and diversity leader, lecturer, and adjunct professor of organizational leadership with 20 years of professional corporate experience working in financial services, health care, and biopharmaceuticals. Read the full article from the Harvard Business Review here. 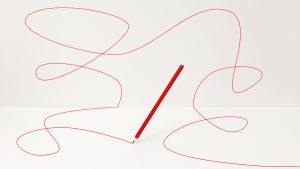 Women of color are a force in the U.S. economy. They are projected to make up the majority of all women by 2060, which means they’ll also likely become the majority of the U.S. workforce. They also generate $1 trillion as consumers and $361 billion in revenue as entrepreneurs, launching companies at 4x the rate of all woman-owned businesses.

Developing a diverse leadership pipeline can benefit companies in all sectors. Firms with the most ethnically diverse executive teams were 33% more likely to outperform their peers on profitability, and those with executive-level gender diversity worldwide had a 21% likelihood of outperforming their industry competitors. A recent study of VC firms found that more-diverse teams had higher financial returns than their homogenous counterparts.

The problem is that, to date, companies have not been great at promoting women of color to senior roles. And this isn’t for lack of ambition among them: Black women are even more likely to aspire to hold a powerful position with a prestigious title than white women. And yet black women’s advancement into leadership roles has remained stagnant, even as the number of them in professional and managerial roles has increased.

To increase diversity at senior executive levels, more must be known about one group in particular: women of color in midlevel leadership, who successfully developed and progressed beyond individual contributor and first-line management. What made their ascent possible? How did (or didn’t) managers play a role? And what factors helped or hindered advancement in their organization?

To look into this question, I conducted a case study as part of my dissertation research involving 23 women of color at a Fortune 500 company. Sixteen women were interviewed and seven others participated in a focus group. The participants were American women whose racial and ethnic identity was African American/black, Asian American, Latin/Hispanic, or any combination of these races and ethnicities. They were employed in midlevel to upper-midlevel management positions in strategy, finance, marketing, legal, operations, and technology functions. Each had been employed for at least two years and had aspirations to move into executive management or senior leadership. They had all received at least one promotion or expansion of roles and responsibilities within management at the present company, and had been identified as having high leadership potential.

How People Get Ahead

The women in my sample were asked to think back on two defining career moments that best prepared them to advance. What were the critical events, and what lessons did they learn?

My analysis of the women’s responses, including their career decisions and the support they received from their managers and organization, led me to identify four main ways they develop and advance toward their goals:

They want power and influence. It might seem obvious, but the women in my sample had high ambitions to hold executive leadership roles with high status, power, and influence. This aspiration served as a motivator for them in making trade-offs to progress into top leadership, which could include anything from making a lateral move to changing companies to working long hours.

Some women wanted to advance to senior leadership roles so they could influence business strategy, lead change, and advance the goals and values of the company. Others wanted power in order to bring out the best in their teams and foster an inclusive culture.

They confidently seize opportunities. Transitioning from first-line leader to midlevel leader required women to believe in their ability to perform across a variety of situations, identify and seize opportunities, and promote their capabilities and interests. Acknowledging their desire for advancement and seeing themselves as leaders allowed them to step outside their comfort zones to raise their hands for assignments, acquire skills, and take roles beyond their area of expertise. This allowed them to explore unfamiliar functions and business units to gain experiences that were new, difficult, and uncomfortable.

Bianca (all names have been changed), a current assistant vice president, described seizing opportunities in areas outside of her expertise:

There’s one thing I’ve learned about how to take steps to get to where I want to be: I must take chances and risks by learning about areas that I don’t know about.

Lisa, another AVP, let it be known to the leaders in her organization that she was interested in working in Latin America. As a result, she was offered a leadership role:

I’ve always been interested in working internationally and so I put it out there. I’m now an AVP in Latin America, learning Spanish, and have responsibilities for a team of 12 to 14 people and an entire line of business. There are opportunities that I now have in this role that may not even have had the opportunity to experience if I had stayed in the United States.

Other women described working in new areas outside their current expertise, allowing them to learn entirely new product areas or skills as part of their leadership growth.

They pursue management challenges. The developmental experiences that best prepared the women I studied (and this is likely true of other aspiring leaders as well) were challenging management experiences that offered broader leadership responsibility and greater business scope. In order to advance from first-level management toward senior leadership, the women in my sample needed to have access to managing people, critical negotiations, new businesses ventures, and external client relations. These situations involved complex assignments focusing on strategy, product development, business operations, and financial management. These women started small, but started somewhere, and then increased the complexity over time.

These experiences were especially important in workplaces experiencing rapid organizational change, and served as important tools for women of color to elevate their skills.

Astrid, a sales VP, described a staffing experience from very early on in her career that taught her the importance of understanding a team’s culture before making changes that affected her employees:

I was the manager of a call center and I inherited all of my team. I had a very diverse team with a very different and strong culture. I came in kind as a go-getter and directive leader, thinking I was going to implement some meaningful change. I was extremely ambitious and extremely independent. This was a very family-oriented community that viewed their work as a means to pay for their life with their family. It was a huge lesson for me in that, as a leader, [I had to] to learn the culture.

Adriane, a VP, reflected on having to make an unpopular decision. In her organization, there was debate about whether their associates should change managers. After hearing feedback from all across the world, she chose to have employees change managers, even though it was unpopular among some. She reports it “was a hard decision to make, but it felt like it was the best decision for the organization.”

Another VP shared taking on a new and unfamiliar experience of leading an entire financial team, bringing in new leaders, and outlining a plan to grow the organization.

They cultivate influential mentors. Having influential senior leaders — including men as well as women of color — serve as mentors, advisers, and role models provided emerging women managers with the tacit knowledge needed to navigate their company’s leadership structure. Mentors also advised on some of the less-talked-about necessities for staying on a desired career path: boosting resilience, coping with difficult emotions, and managing hypervisibility (the experience of feeling constantly observed because of one’s difference, or of feeling “on display” as one of the few women of color in your company).

For the most part, the women I studied had to take the initiative to building strong relationship capital across identities and up, down, and across the organization. Women who were savvy in this area described receiving career advice, psychosocial support, and growth opportunities through the developmental relationships they fostered with senior leaders, former managers, and influential mentors in their network.

That said, some reported being approached by leaders in their organization. Laura, a VP, noted that a leadership team member sat down with her to talk for more than a half hour during the first six months at a job. “Since then, she reports, “I’ve consistently had interactions with our leadership team members and eventually ended up working for the same senior leader, who is now a direct report of the CEO, who came into my office years earlier.”

Blythe, an AVP, shared that her managers are women and are big on empowering their associates. “Having the opportunity to present to senior leaders would not have happen if they didn’t actually allow me to have a seat at the table for the discussions,” she notes.

Read the rest of the article here.